Skip to content
No Comments on Ukraine; N. Macedonia grants 4 surplus Su-25 to the Air ForcePosted in Europe, News By adminPosted on August 10, 2022August 9, 2022
Contents on this page are provided with our best effort for accuracy. By visiting this page you acknowledge that, and agree to our disclaimer, if you do not – please leave this page now.

Ukrainian Air Force received four Sukhoi Su-25 ground-attack aircraft from North Macedonia, which purchased them more than twenty years ago in Kyiv. Advisor to the Ukrainian Presidency Mikhail Podoliak confirmed on Saturday the delivery to Ukraine of fighter jets and battle tanks by North Macedonia. 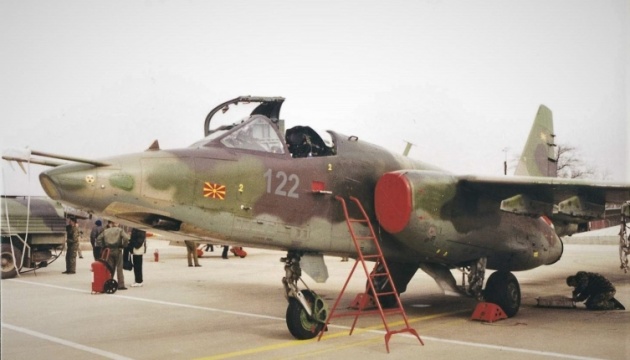 North Macedonia – the newest member of NATO – had bought these four Su-25s (“Frogfoot” ) in 2001, when this former Yugoslav republic was facing an armed insurrection by its Albanian minority. These Soviet-designed, Georgian-built planes, however, saw little use and Skopje put them up for sale in 2003, without ever finding a buyer.