Skip to content
No Comments on Ukraine; Army captures Russian 1V1003 artillery C2 vehiclePosted in Europe, News By adminPosted on September 27, 2022September 24, 2022
Contents on this page are provided with our best effort for accuracy. By visiting this page you acknowledge that, and agree to our disclaimer, if you do not – please leave this page now.

According to information published on the “Ukraine Weapons Tracker” Twitter account on September 19, 2022, the Ukrainian armed forces have captured a Russian army 1V1003 artillery command and observation vehicle which is part of the 1V198 automated artillery fire control system. 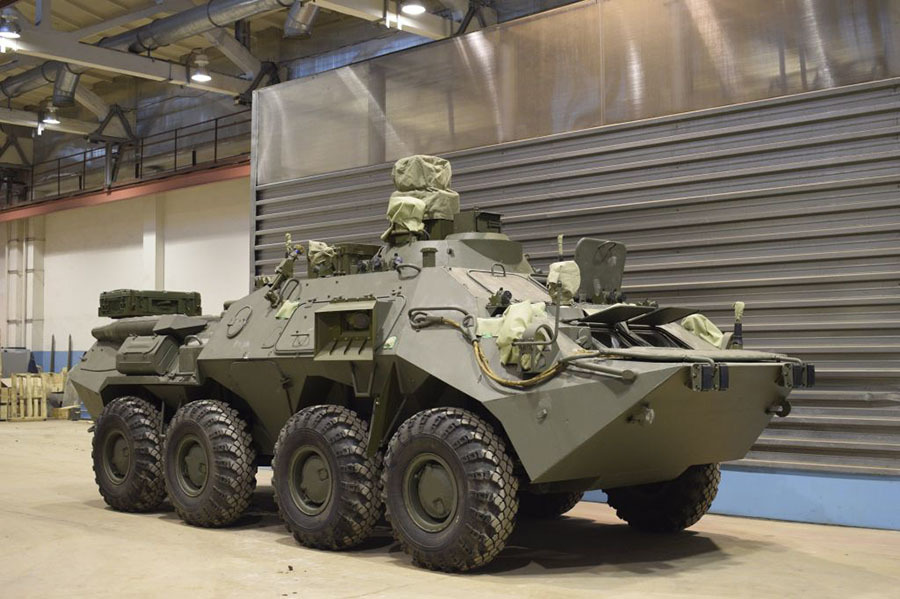 The 1V198 is a Russian automated artillery fire control system that includes two vehicles the KNM 1V1003 command and observation vehicles based on the BTR-80 8×8 armored vehicle and the KShM 1V1004 command and staff vehicle based on Ural trucks.

The 1V198 provides full automation of fire control for up to four artillery batteries of various types. The 1V198 system has been in service with the Russian army since 2012. The use of 1V198 artillery fire control systems dramatically increases the effectiveness of artillery units on the battlefield. The system makes it possible to turn ordinary cannon artillery into a precision weapon capable of effectively destroying any type of target. It was developed as a part of the experimental design work (R&D) “Kanonada”.

The 1V198 meets the requirements for automation of artillery control and is used for the Msta-S and Msta-B artillery weapon systems, as well as Multiple Launch Rocket Systems (MLRS) Tornado-G and Grad. It performs several combat missions like fire, anti-fire maneuvers, and target identification. Moreover, it performs this consistently from two or more firing positions with an accuracy of up to 10 meters.