Skip to content
No Comments on UAE; MoD orders Israeli Spyder air defense missile systemsPosted in Asia, News By adminPosted on September 26, 2022September 24, 2022
Contents on this page are provided with our best effort for accuracy. By visiting this page you acknowledge that, and agree to our disclaimer, if you do not – please leave this page now.

According to information published by “The Jerusalem Post” on September 23, 2022, Israel has given the green light for the sale of the Spyder air defense missile system to the United Arab Emirates (UAE). 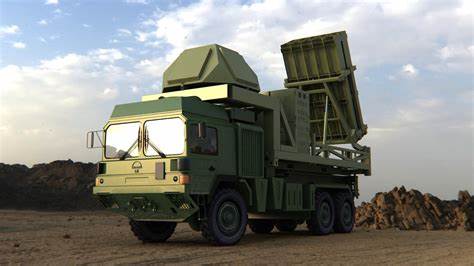 Citing information published by the International press agency Reuters, in the middle of the summer, Israel approved a request from the United Arab Emirates (UAE) to acquire the Israeli-made Spyder air defense missile system developed by Rafael Advanced Defense Systems in collaboration with the Israel Aerospace Industries (IAI).

The Spyder is a family of short-to-long-range mobile air defense systems which is designed to counter aerial threats such as fighter aircraft, helicopters, bombers, cruise missiles, UAVs (Unmanned Aerial Systems), and stand-off weapons.

The Spyder-SR (Short-Range) and Spyder-ER (Extended-range) us the most advanced combat-proven air-to-air missiles including the Python 5 fitted with dual-band imaging Infrared (IIr) and CCD Seeker, the I-Derby equipped with active radar seeker, and the I-Derby ER with a 2-pulse rocket motor for longer ranges.

The Spyder-MR (Medium Range) and Spyder-LR (Long-Range) use the same missiles as the Spyder-SR/ER, plus an additional booster assembly. All these missiles can also be used for air-to-air missions.