Skip to content
No Comments on Colombia; President Petro approves relaunch program to buy new fighter jetsPosted in Latin America, News By adminPosted on September 23, 2022
Contents on this page are provided with our best effort for accuracy. By visiting this page you acknowledge that, and agree to our disclaimer, if you do not – please leave this page now.

Petro’s decision may come as a surprise given his stance earlier this year on the campaign trail, when he said the purchase of combat aircraft or other military hardware would not be a priority during his time in office, if elected. 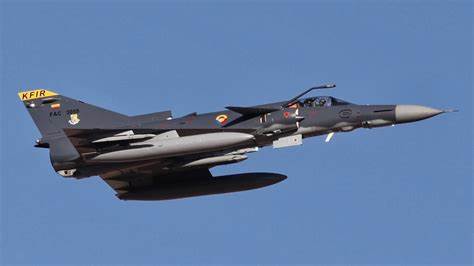 Military sources in the capital Bogota, speaking on the condition of anonymity to protect their careers, told Defense News that the credit for Petro’s U-turn belongs to Gen. Luis Carlos Córdoba, the chief of the Colombian Air Force. They explained that Córdoba convinced Defense Minister Iván Velásquez about the urgent need to replace at least part of the Kfir fleet, which will begin retirements later this year, and Velásquez in turn persuaded the president.

Since 1989, Colombia has acquired 24 Kfir jets, made by Israel Aerospace Industries. To counterbalance the acquisition of Sukhoi Su-32 fighters by Venezuela, Colombia’s Kfir fleet underwent upgrades between 2009 and 2017 performed by IAI’s Lahav Division.

Colombia’s modernized Kfirs are possibly the most advanced fighter jets with the most capable systems in service in South America. But the age of the airframes is taking its toll; between 2012 and 2014, multiple aircraft were lost in accidents, at one point grounding the entire fleet. Extensive maintenance support from IAI brought the aircraft back to service.