We offer the following services:

timely and accurate reporting of news items – custom tailored to specific customers’ areas of interest, sent via e-mail to personal and/or general address. We keep a daily track of over 7000 online global news providers.

US; Military tender for Cyber Agents For Security Testing And Learning Environments (castle) Retired General Gustavo Arturo Bobbio Rosas has become Peru's sixth defense minister in less than a year and a half under President Pedro Castillo. Bobbio replaces the resigning Daniel Barragán, who served just over two months as minister. Bobbio has a degree in Military Sciences with a mention in Engineering from the Military School of Chorrillos; Master in National Reality, Defense and Development and PhD inPublic Policies of National Security and Sustainable Development, both from the Universidad Alas Peruanas.

The signing of the contract between the Brazilian Army and the Italian company CIO, the company that won the tender for the purchase of 98 8x8 combat vehicles with its Centauro II model, was scheduled for yesterday, however a precautionary measure, presented a day earlier, stopped the process immediately. 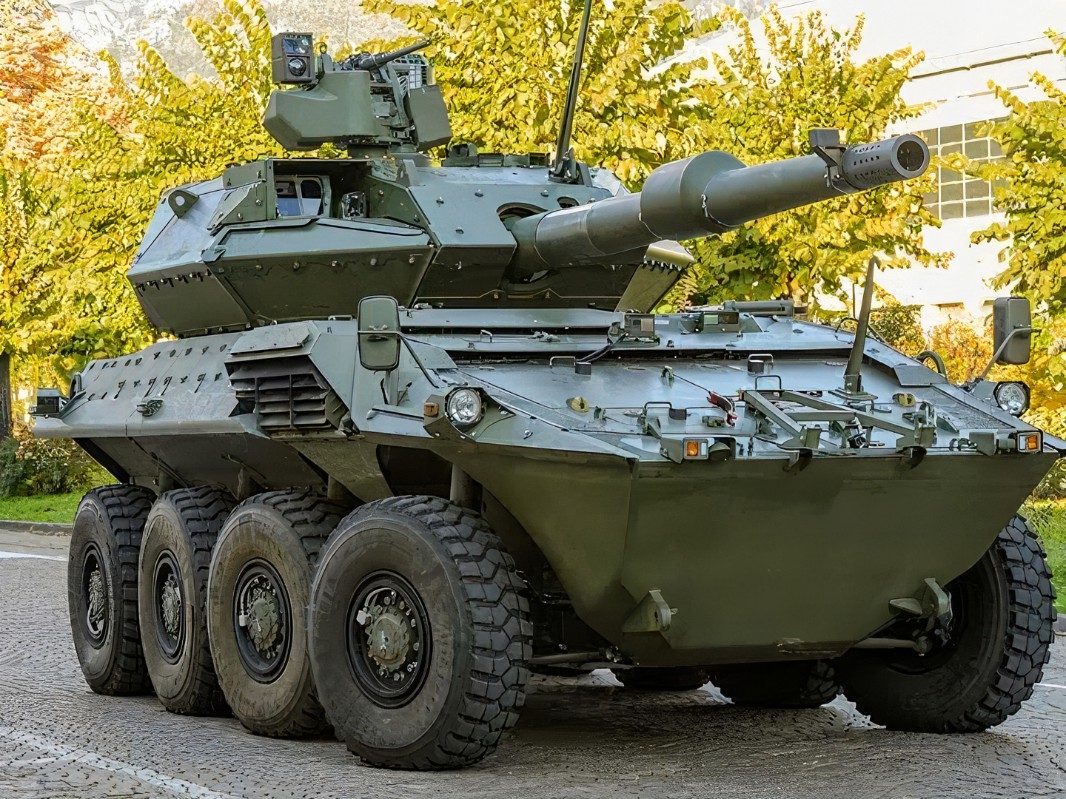 The popular action that triggered the paralysis of the tender was presented by Charles Capella de Abreu, who was part of the government of former President Dilma Roussef, before the Federal Regional Court of Region I (TRF-1) and endorsed by Judge Wilson Alves de Souza. "The aforementioned purchase, when the lights of the current Government are turned off and in the face of the calamitous state in which other areas of greater urgency find themselves, represents a true violation of public morals," the lawsuit maintains. Cappella says half of the 5 billion reais ($946 million) he says the contract would amount to comes from cuts in other areas, such as health ($272 million) and education ($264 million). For his part, the judge endorsed Cappella's arguments. "In this context, it is clear that the act attacked does not respond to the assumptions of convenience and opportunity, since the lack of reasonableness, deviation, illegality and even elementary common sense are evident, since there is no other qualification when at the same time that education and health budgets are cut for lack of money, if you intend to buy weapons in peacetime," the magistrate said in the precautionary measure. 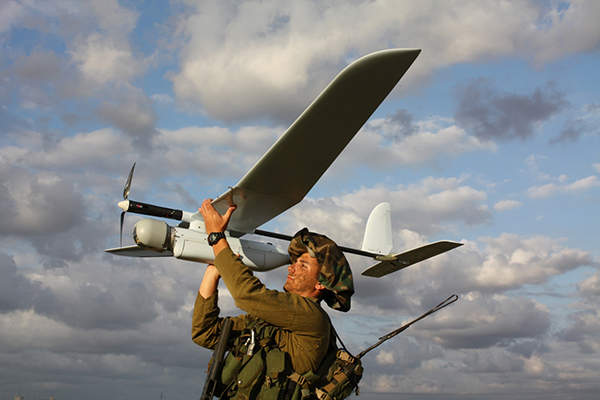 With a certified ADS-B system, Elbit Systems of Australia will support the Australian Army achieve wider use cases outside of traditional Army UAS employment including integration into more classes of airspace. This will enable Australian Defence Force (ADF) support to civilian operations for disaster and humanitarian relief. Designed for in-theater operation by maneuvering forces, the fully autonomous electric-propelled Skylark I-LEX features a mission-oriented, intuitive man-machine interface (MMI) and a 40 km Line Of Sight (LOS) communication range, which make it effective for a variety of missions including reconnaissance and force protection missions. UAS of the Skylark family, including the 18-hours endurance Sklylark 3 Hybrid, have been selected to date by dozens of customers among Israel, Asia, Europe, and Latin America. The V-280's unmatched combination of proven tiltrotor technology coupled with innovative digital engineering and an open architecture offers the Army outstanding operational versatility for its vertical lift fleet Textron Inc announced today that Bell Textron Inc., a Textron company,has been awarded the development contract for the U.S. Army’s Future Long-Range Assault Aircraft (FLRAA) program. The award is based on Bell’s V-280 Valor tiltrotor that was developed and tested as part of the Joint Multi-Role Technology Demonstrator (JMR TD) program that began in 2013. The V-280 progressed through design, manufacturing, and more than three years of rigorous flight testing that provided extensive data validating the technical and operational advantages of the aircraft for the long-range assault mission.

Senop Oy has received a purchase order from the Finnish Defence Forces Logistic Command for deliveries of laser sights and image intensifiers. The order is significant and is a continuation of the procurement contracts made in 2020, 2021 and 2022.  With this acquisition the Finnish Defence Forces further develops soldiers’ capability to fight effectively 24/7 in demanding environments. The order value is €13 M excluding VAT and delivery of the new systems is scheduled for the years 2023 and 2024. The order consists of Soldier’s Laser Sights, Tactical Laser Sights, and NVG Monocular image intensifiers. The Senop LUKE Soldier’s Laser Sight is a light, simple, and robust laser sight designed to withstand high recoils and extremely challenging use in military conditions. The Senop LUKE Tactical Laser Sight is a multi-functional laser sight with a visible laser, an IR laser, and an IR illuminator. The Senop EVA 40 NVG is one of the lightest high-performance NVGs on the market. The Senop EVA 40 utilizes cutting-edge aspheric, high-precision glass optics combined with state-of-the-art composite materials to provide a high level of usability and performance.

The Nicaraguan Government will allocate, in 2023, 327.9 million dollars for Security and Public Order and110.4 million dollars for Defense. Of the country's total budget for next year, Security and Public Order will receive 9.8%, while Defense will be allocated only 3.3%. With this, the Nicaraguan Army continues to receive one of the lowest budgets in the Central American region and also in Latin America. Faced with this situation, the Army depends extensively on the cooperation of other countries, mainly its biggest allies: Russia and China. However, the United States also remains an ally of the government of President Daniel Ortega, despite sanctions for allegations of human rights violations, persecution and imprisonment of political opponents, and restrictions on press freedom, among other issues questioned. Budget for 2023 Nicaragua established its budget for 2023 at 3,046.7 million dollars, which will have a surplus of 130.9 million dollars, the National Assembly (unicameral Congress) recently reported in La Gaceta, the official Nicaraguan newspaper.

KAI chooses to equip the African country with up to a hundred aircraft, also light attack, the variant that Airbus wants to market The Korean advanced trainer aircraft T-50, and its derivatives, live a sweet moment in the international market. The recent order of 48 FA-50 light attack units by Poland and the even more recent announcement by Airbus applying to market the model in Europe is now followed by a new major step in Egypt. The state-owned company AOI (Arab Organization for Industrialization) has signed a collaboration agreement with the head of the aircraft, KAI (Korea Aerospace Industries), to manufacture T-50/FA-50 on Egyptian soil, so that they can directly equip the Egyptian Air Force (EAF) and be exported to more African and Arab countries. 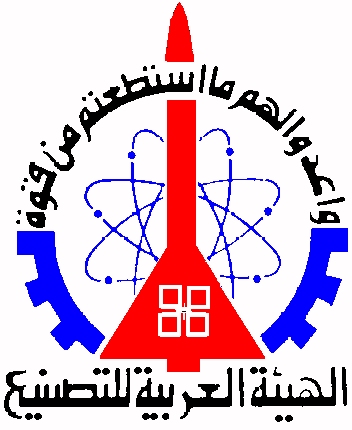 The EAF is currently looking for a light fighter aircraft and trainer in a process to which they choose, in addition to KAI with itsFA-50/T-50 variants, the Indian company Hindustan Aeronautics Limited (HAL), with the Tejas model. According to information in various media in the bidding countries, the number of units that Egypt plans to acquire of the winning model ranges from 70 to 100 devices.

The destruction of the rocket launcher vehicles M142 HIMARS given to Ukraine by the United States becomes a priority for the Russian armed forces. Citing a Russian military source, the air defense units of the Russian army have received new software that makes it easy to shoot down HIMARS guided rockets. 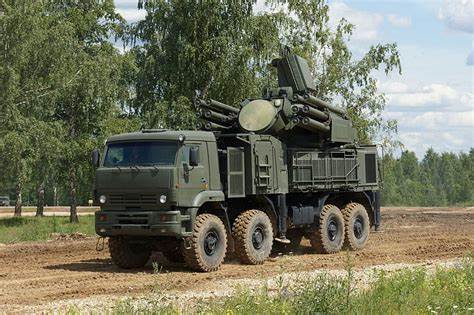 Citing information from the Ukrainian army, the M142 HIMARS donated by the United States completely changed the course of the war by providing a tactical advantage over similar Russian rocket launcher systems. In fact, the American HIMAS offers the possibility to target Russian troops at a range of up to 80 km with more accuracy thanks to the use of guided rockets. Ukraine has also received the latest generation of a guided rocket, called M31A1. The M31A1 GMLRS guided rocket is capable of attacking targets out to ranges of 70 kilometers and uses Inertial Measurement Unit guidance along with GPS to enhance accuracy. The M31A1 is a 298mm guided rocket equipped with a 90 kg warhead with 23 kg of explosives that can detonate above the ground, on impact, or deep in a bunker.

On the European procurement platform TED (no date mentioned by Estonian Free Press who published the info on December 1), the Swedish procurement agency Försvarets Materielverk (FMV) announced the conclusion of a framework contract with BAE Systems Hägglunds for the delivery of 436 Bv 410 articulated all-terrain vehicles. The contract is valued at SEK 7.6 Bn (EUR 690 Mn) and includes spare parts and logistical support. 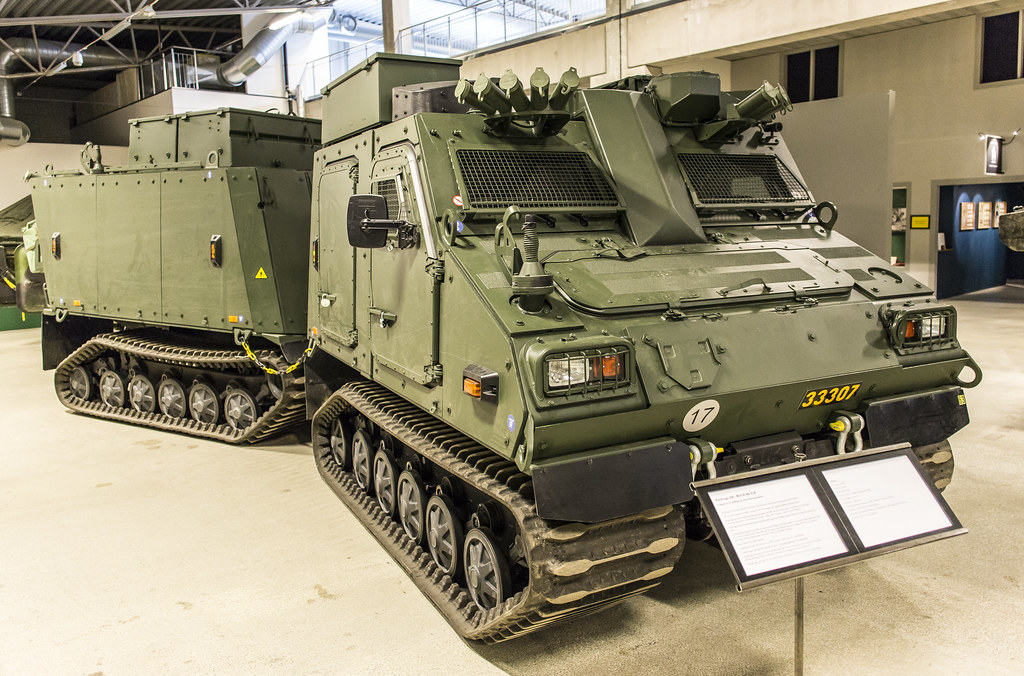 The contract is part of the Cold-Weather All-Terrain Vehicle programme (CATV, reported as Collaborative All-Terrain Vehicle by Estonian Free Press) which Sweden, Germany, the UK and the Netherlands joined in 2019 to jointly develop an all-terrain vehicle as a successor to the Hägglunds Bv 206. The intention is to create five national versions based on the joint development result, which would be able to accommodate locally-developed mission systems. Germany has a requirement for 140 vehicles at an expected cost of approximately EUR 280 Mn. At present, Germany is in the process of finalizing its technical requirements, following which parliamentary approval will be sought for an initial EUR 25 Mn purchase, Estonian Free Press reports. Around EUR 18 Mn from the Bundeswehr’s special fund has been earmarked for the project in 2023, and a commitment appropriation of just under 1.2 billion euros for the following years.

Would you like a price proposal for daily custom tender alert service – per your particular business interest? keywords?